Can the EU see the forest for the trees?

The aim of the European Commission’s new EU Forest Strategy for 2030 is to ensure that Europe has a resilient forest ecosystem. We spoke to a European Green Deal spokesperson and a forest scientist to hear their thoughts on how this will be achieved.

Protecting trees is the unifying goal of the European Commission’s new EU Forest Strategy for 2030. However, the strategy has raised concern within the forestry industry and among European lawmakers, with criticism levelled at its unlikely implementation since circumstances differ across the 27 member states.

Published as part of its legislative Fit for 55 package, the flagship strategy supports the EU’s target of reducing greenhouse gas emissions by 55% by 2030 and recognises the central and multifunctional role of forests. But what does it hope to achieve? How will it help to reduce emissions? And does it acknowledge that biodiversity doesn’t simply come from preservation?

Within the boundaries of sustainability

“The main aim is to ensure that we have a resilient forest ecosystem; something that is useful for biodiversity, the economy and all its socio-economic functions. We need it for thriving rural areas and we need it to boost the bioeconomy,” says Vivian Loonela, the coordinating spokesperson for the European Green Deal.

Too many of the EU’s forests are in a poor state and the reality of climate change is already inflicting biodiversity damage. There is an urgent need to change in order to have a habitable planet and it must be accomplished within the boundaries of sustainability. In close cooperation and consultation with stakeholders, the strategy hopes to help the vastly different member states achieve that.

While some countries emphasise non-wood forest products and others opt for a forest value chain, Marc Palahí, Director of the European Forest Institute, sees the strategy as providing an inspiration for a common vision for European forests. Theoretically, he believes that it has all the key components to be successful, but it will depend on its implementation and the resources allocated by the EU and member countries.

“The issues to be addressed range from restoration, planting billions of trees, stimulating the forest bioeconomy and supporting the skills of forest workers. How will it all be prioritised? I feel the success of the strategy will depend on how the Commission engages with the forest managers and owners, as well as how they work with the member states countries,” predicts Palahí.

Loonela notes that a concrete next step is a legislative proposal that will be on forest observation reporting and data collection: “At the European level, there hasn't been a comprehensive reporting requirement for forests since 2007. In the coming months, we will create a civic proposal for a Europe-wide integrated forest monitoring framework that will also improve the availability of official statistics.” 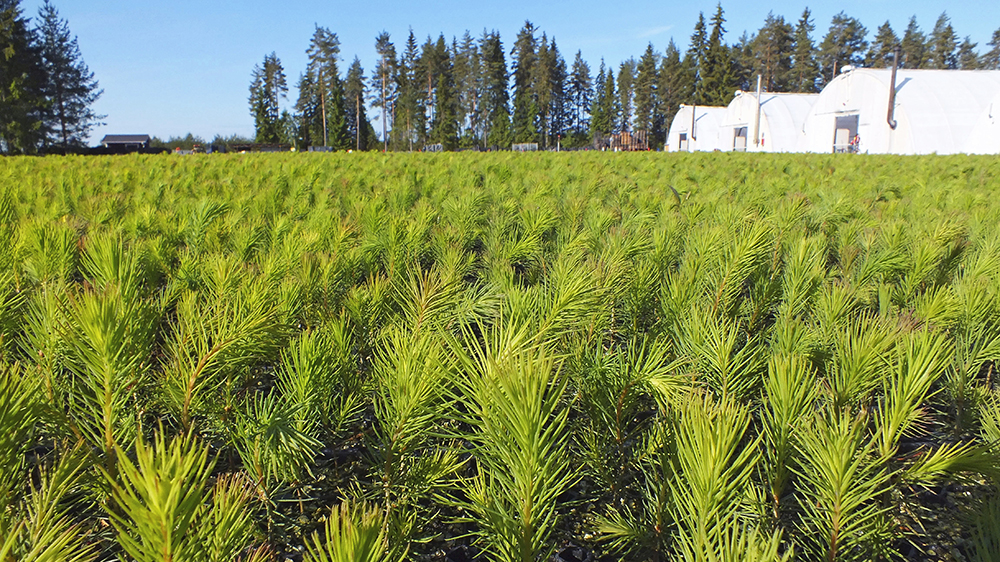 The EU Forest Strategy includes a roadmap to plant an additional 3 billion trees by 2030. Photo: UPM

One of the positives of the strategy for Palahí is its emphasis on using more wood products and replacing fossil-based counterparts in building construction. According to a study published in the Environmental Science & Policy journal, every tonne of wood used in construction represents avoided carbon emissions equivalent to 3.9 tonnes of carbon dioxide.

This is the first step of the strategy’s cascading principle that puts the use of raw wood-based materials into an order of value to create resource effectiveness. “The priority when cutting wood is to use it for long-lived purposes that last decades, like construction and furniture. We want to ensure that short-lived wood products are used only where is necessary. The last level of this cascade is to avoid using wood for energy production whenever possible,” lists Loonela.

However, Palahí says many types of short-lived wood products could have an equally important impact on climate change mitigation. “For example, wood-based textiles can reduce carbon emissions by five to seven times compared to polyester. Over the coming decades, the textile sector will need to reinvent itself because it relies heavily on synthetic fibres, so there is a chance for the forest sector to play a fundamental role,” he forecasts, adding that packaging and biochemicals should also be prioritised.

As a forester, Palahí is happy to see an emphasis on the three billion trees planting initiative but suggests prioritising the existing forests and providing the tools to adapt them, especially considering the increasing impacts of climate change and the natural disturbances in many European forests we have seen over the summer.

“There are already many companies and forest owners who are planting millions of trees every year, but no one is emphasising that. In Europe, the forests have increased in terms of surface, growing stock and productivity over the last decades. As a result, we have an important carbon sink, which is a consequence of having a sector behind, investing in them,” he adds.

Loonela agrees, saying that tree planting is not an alternative to preserving existing trees and that there is a very ambitious agenda when it comes to protecting all the remaining primary and old-growth forests: “We have announced specific guidelines on how to get there. We have measures in the strategy that relate to the close-to-nature forest management and so on.”

Research and innovation are listed as being key drivers in achieving the ambitious goals of the strategy, adding that it also promotes a “science-based contribution of EU forests to the European Green Deal ambitions of climate neutrality and resilience, biodiversity and sustainable growth”. To achieve this, more encouragement is needed to replace fossil products with renewable materials.

“If you look at the renewable options to replace fossil-based products, wood is the major alternative - the most versatile, at least,” says Palahí. “There is no other renewable material that you can use to replace steel, concrete and textile fibres or use for packaging, biochemicals and pharmaceuticals. We must make the necessary investments in innovation, so the forest sector can help other sectors to become circular and renewable”.

“The secret will be to diversify in alternatives and take advantage of the fact that we need to decarbonise our economy. We need investments, R&D, specific funds and to stimulate the start-ups. We can build around public-private partnerships and use really innovative schemes to accelerate all these possibilities,” says Palahí.

The proposed research and innovation would support the strategy’s bold aim of making Europe the first carbon-neutral continent by 2050, a target that Loonela views as achievable: “With this important package, we are on track to cut our greenhouse gas emissions by 55% compared to 1990 levels by 2030 because we’ve really worked through all the different policy areas.”

The areas are vast, ranging from the production of energy, increasing the role of renewables and reducing the carbon footprint in agriculture and land use to energy taxation and cross-border elements. “From the Commission’s side, we’ve really thought this through and put on the table many proposals. You have to go to the smallest details to ensure that it's achievable,” she adds. 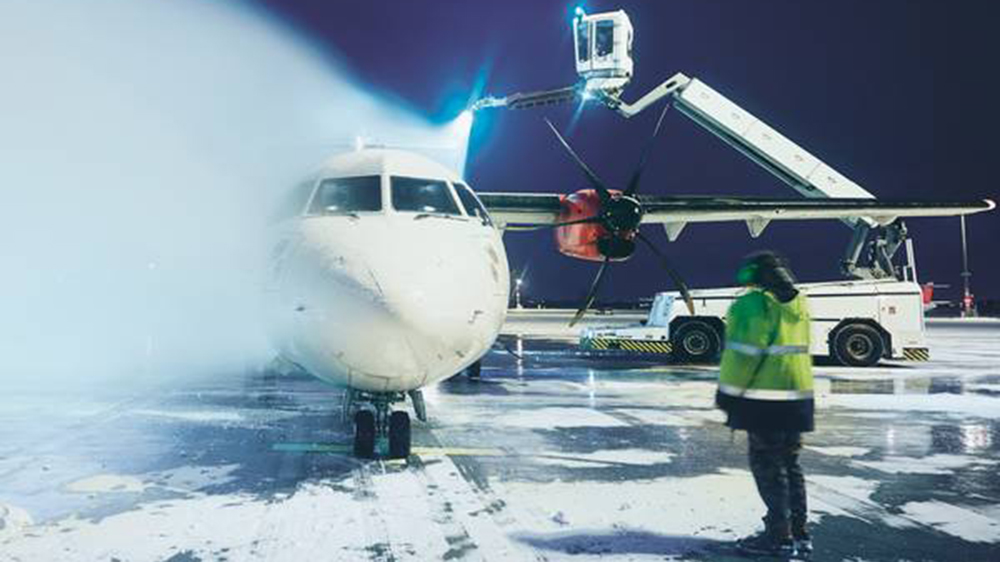 Wood’s versatility includes its use in antifreeze products, such as aircraft de-icing fluids. Photo: UPM

Building a resilient and adaptable system

The forest sector can provide a lot of solutions if it is stimulated in the right direction. However, many people still see it as a problem. More awareness is needed to communicate why forest management is important and how a wood-based economy is the best way to protect Europe’s forests.

As evidenced by the divisive reaction to the strategy, there is increasing polarisation around forest-related issues. However, the focus should be on the root causes of the problem: the fossil-based sectors. Forestry and the forest-based sector should be seen, and incentivised in the right way, to become part of the solution to the climate and biodiversity crisis, states Palahí.

“Without biodiversity, the forests won’t be resilient in the long term, won’t be able to face climate change and therefore the resource for the sector will not be there. It’s so important to integrate biodiversity considerations, keeping the system resilient to change and adaptable to potential new conditions,” he emphasises.

For Loonela, the next challenging step is the negotiations with the EU member states and the European Parliament and attempting to keep the whole package together because, as she says, “all the different parts are like a puzzle and must fit together”.