The path to zero-waste lies in the circular economy

As another World Environment Day is commemorated on June 5th, the adoption of a circular economy can play an important role in enabling the more sustainable use of resources. And the forest industry could take the lead.

The total volume of globally extracted resources surpassed 100 billion tonnes for the first time in 2017, but only 8.6 percent was cycled back. The analysis was published in the Circularity Gap Report 2020 and launched by the Dutch think-tank Circle Economy at the World Economic Forum in Davos.

Highlighting the need for transformative and corrective solutions, the report urged a move away from the 'take-make-waste' tradition of the linear economy. Instead, the world should be accelerating towards a circular economy that happens to be at the heart of the forest industry.

Not just 'recycling on steroids'

Surpassing 100 billion tonnes a year was a milestone in a journey of increased resource extraction, says Caspar von Daniels, a Circle Economy consultant and co-author of the 2020 report. "The ecological footprint of the Earth's regenerative capacity is now consuming 1.75 earths every year, which is a trajectory that is doomed to fail," he warns.

Without altering that trajectory, we are heading towards global warming, deforestation, desertification and much more. "While the odds are stacked against a circular economy in full operation in the near future, it is almost too late to be a pessimist and it's too exciting of an opportunity to not be optimistic," he says.

The circular economy is a holistic rethinking of an entire system and not "just recycling on steroids", explains von Daniels. Recycling is undesirable because it requires the product to be returned to its purest raw material form, while repurposing, refurbishing or repairing means more value and less energy is required.

Presently, the global economy is 8.6 percent circular—a 0.5 percent decrease from two years ago. "We experienced some growth in recycling and the use of secondary materials, which is noteworthy. However, through population growth, increasingly affluent societies and increasing consumption, we still extracted more than the increase in recycling, which is why the percentage is low and decreased," summarises von Daniels.

The benefits of utilising side streams

Adopting a circular economy model will also result in the maximum utilisation of side steams, which include raw materials, chemicals, and even energy.

“Many production processes produce sidestreams,” explains Taru Päiväläinen. Manager, Production Support, Environmental issues at UPM. “In the past, most of these sidestreams were thought of as waste. But we like to think that every material has value and while it may not be useful for the production of primary material, it can certainly be used for other purposes.

One example of utilising sidestreams and residues comes from UPM’s pulp production process. Crude tall oil (CTO) is generated as a residue in chemical pulp production. UPM has managed to create a circular model where the CTO is used by UPM Biofuels to produce renewable diesel and naphtha that are used as low-emission fuel in vehicles. Naphtha may also be used to replace fossil raw materials in plastics and other chemical industry products that are used in food packaging, among others.

“Most food containers contain protective barrier layers to preserve its contents. UPM has partnered with Dow Chemicals, Elopak and Arla to develop a milk carton where the BioVerno naphtha has been  used to create the barrier,” explains Päiväläinen. “So while it has the same properties as material made out of fossil resources, it is 100% wood-based and ever-renewable. This makes it a very nice example of closing the loop in a circular economy.” 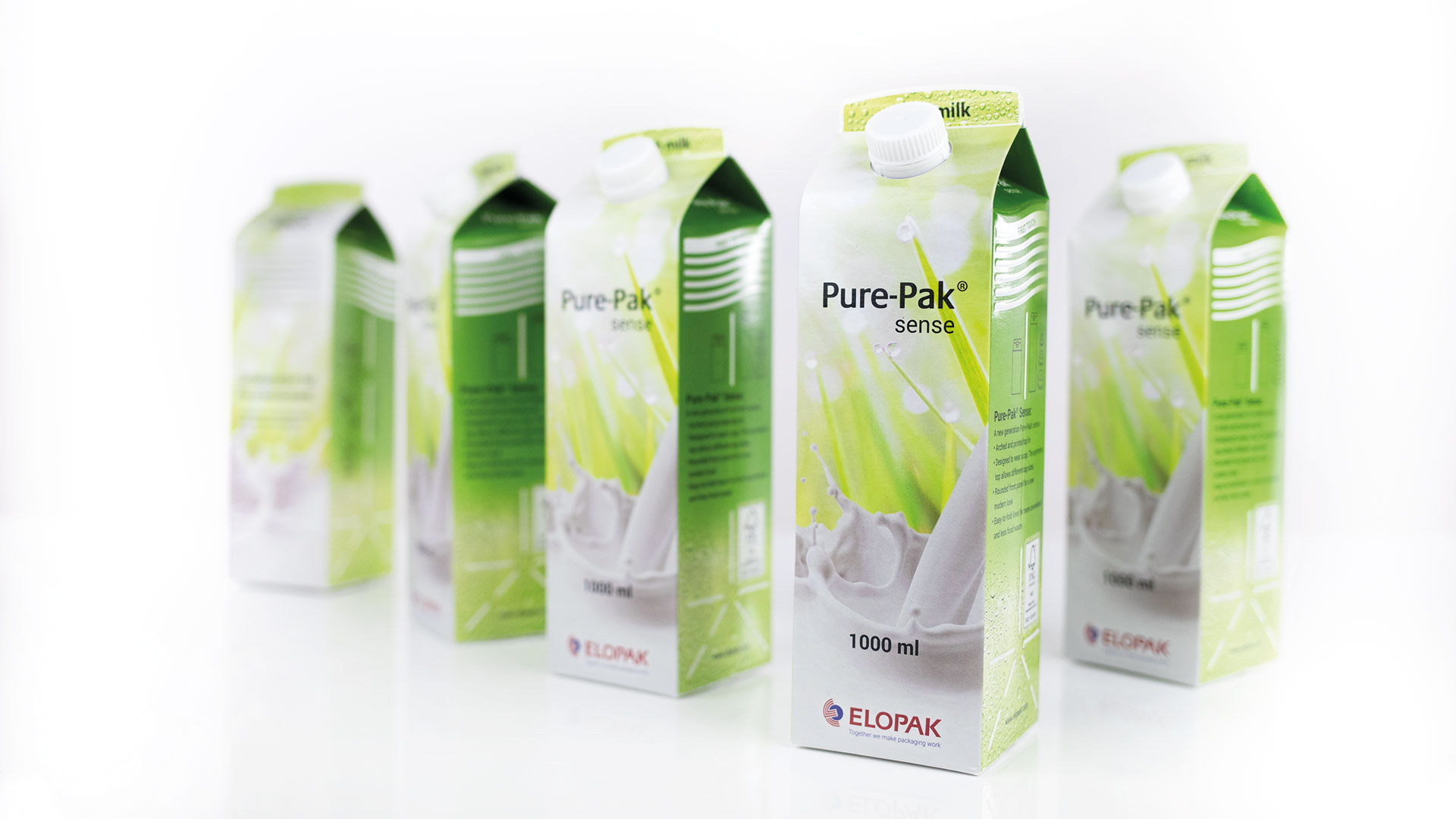 Residues contribute to the production of wood-based containers like Elopak’s Pure-Pak.

Time for the forest industry to step up

In March, the European Commission adopted a new Circular Economy Action Plan that includes initiatives for the entire life cycle of products, ranging from design and manufacturing to bringing resources back into the economy. It is one of the main blocks of the European Green Deal, the EU roadmap towards climate-neutrality.

While it is anticipated to boost the forest industry's market share through increased demand for recyclable packaging, for example, the sector is not explicitly mentioned and remains 'invisible', at least according to Anne-Christine Ritschkoff, a senior advisor of the Bioeconomy and Circular Economy at the VTT Technical Research Centre of Finland.

"Wood is a strong power in Europe, but the sector is not active enough; they should be proactively advertising the possibilities and how it can have an influence on green growth," notes Ritschkoff, who also coordinates WoodCircus, a project looking for the best practices in the wood-based circular economy.

"The forest industry should think about biorefineries and additional uses of pulp. As a renewable resource, wood is good. What should be improved is its cascading use, as well as all those aspects that you have in circularity," she suggests.

“The government should introduce more regulations and offer incentives for enhancing the markets of secondary raw materials,” says Päiväläinen. “This will then encourage businesses to further enhance resource efficiency and material circulation either by developing new business models or by further developing existing ones. We should aim higher. There is a lot more that can be done.”

Developing a circular economy will require the EU's forest industry to find its collective voice, pool its resources and lead by example. It can be a cornerstone in the search for alternatives for fossil-based materials and have a positive impact on green growth in Europe because, as von Daniels observed, it is too late for pessimism.