The steady flow of renewable electricity produced by UPM’s pulp mills in Finland helps to maintain the Finnish electrical system and ease the shortage of energy.

Did you know that the surplus energy produced by UPM’s Finnish pulp mills can provide heating for up to 20,000 middle-sized detached houses with electrical heating? A modern pulp mill is a significant power plant that generates plenty of surplus energy when producing pulp. A part of the electricity is used in the mill’s internal production processes, but the remainder is sold to the market.

Around 98 to 99 per cent of the electricity generated by our pulp mills is renewable. The bioenergy is mainly produced by burning black liquor, which is a mixture of spent cooking chemicals and dissolved wood material. Fossil fuel is only needed momentarily, for example, during maintenance shutdowns and start-ups.

Now that Russia’s invasion in Ukraine has caused widespread effects on the availability of energy and its pricing, effective means of breaking free of fossil energy sources and energy-saving measures are more topical than ever. Pulp mills are extremely energy-efficient producers of CO2-free electricity, which, for its part, helps Finland achieve the targets set by the EU for member states regarding the share of renewable energy of all energy production.

Yet another positive aspect of the surplus energy of pulp mills is that its production is not dependent on weather conditions – as is, for example, wind power. Varying renewable sources of energy can affect the stability of the national grid, whereas pulp mills that produce electricity steadily have a stabilising effect on the entire electrical system and can level out price fluctuations. The surplus energy is produced constantly and not, for example, based only on the market price.

At UPM, energy efficiency is at the core of all our everyday actions. Our target is to improve our energy efficiency by one percent every year. The renewal work carried out during maintenance shutdowns contributes to this goal. For example, this past spring, the power of the turbine in the recovery boiler at the Kaukas mill was increased to utilise the steam energy more efficiently. This increased the share of renewable electricity production in Kaukas by about ten per cent. Whereas in Pietarsaari, electricity production was enhanced by renewing the superheaters in the mill’s recovery boiler.

Regular energy audits are carried out at our mills, where the focus is on finding potential energy saving suggestions and assessing investment needs. Good ideas can often help to achieve savings without major investments. Whenever we succeed in trimming some excess energy use from our own production, there is more surplus energy for consumers to utilise. 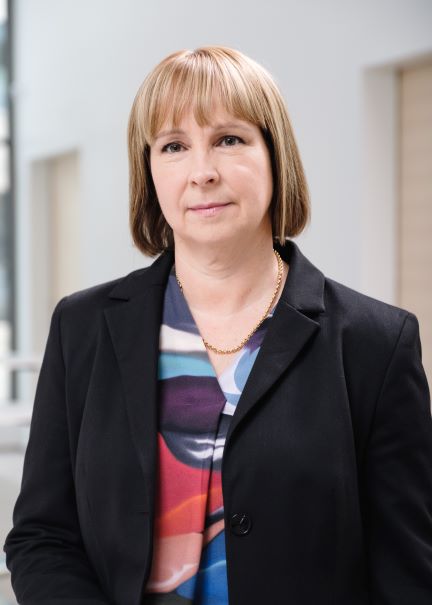 
UPM is one of the partner organisations in the Astetta alemmas (Down a degree) energy saving campaign, launched on October 10 with the national Energy saving week. Organised by Motiva, the Energy Authority, the Ministry of Economic Affairs and Employment of Finland, the Ministry of the Environment, the Prime Minister’s Office and Sitra, the cooperative campaign encourages every Finnish person to take effective and tangible actions for saving energy.