Indebted to soil: the vital importance of soil to forestry and carbon storage

How the sustainable management of soil not only affects forest productivity, but also impacts soil’s ability as a carbon sink.

It might not look like much to the untrained eye, but soil is both cradle and coffin when it comes to forests. From providing the nutrients for seed germination and the secure conditions for growth to absorbing organic plant matter and storing dead plant’s carbon, soil is key to forest regeneration and the Earth’s fight against climate change.

The role of soil preparation in forestry

A primary driver of forest productivity, soil quality and preparation are fundamental to commercial forestry, but not all soil is created equal. Be it water conditions, mineral make-up or the local biodiversity, soil composition is a product of its environment and affects the way in which it is prepared. Forest experts will consider which soil preparation methods, such as harrowing, mounding, scarring and ploughing, are best suited to the soil type and chosen forest regeneration method to give a new generation of trees the best possible start at life.

In Uruguay, for example, UPM manages around 300,000 hectares of land, of which roughly 60% is planted with eucalyptus and the rest of the land area consists of native grassland and native forests. “In Uruguay, the plantations are mainly established in ‘forest-priority soils’ as directed by the government,” says Ricardo Methol, UPM Uruguay’s Technical Development and Planning Manager. “These are areas of particular low fertility, which means that they are not very productive for traditional land uses like agriculture and cattle grazing, but it’s quite productive for forest plantations.”

Methol explains that both the soil preparation process for afforestation and reforestation are similar, albeit with one crucial difference. “To prepare the soil on new land, we use a specially developed plough to till the soil and create a small mound in the strips for the seedlings. For the reforestation process, which takes place after the harvest every ten years, it’s very important to maintain all the bark, branches and leaves for nutrient recycling, so we have developed a machine, which cuts all the coarse debris and puts it to the side.” 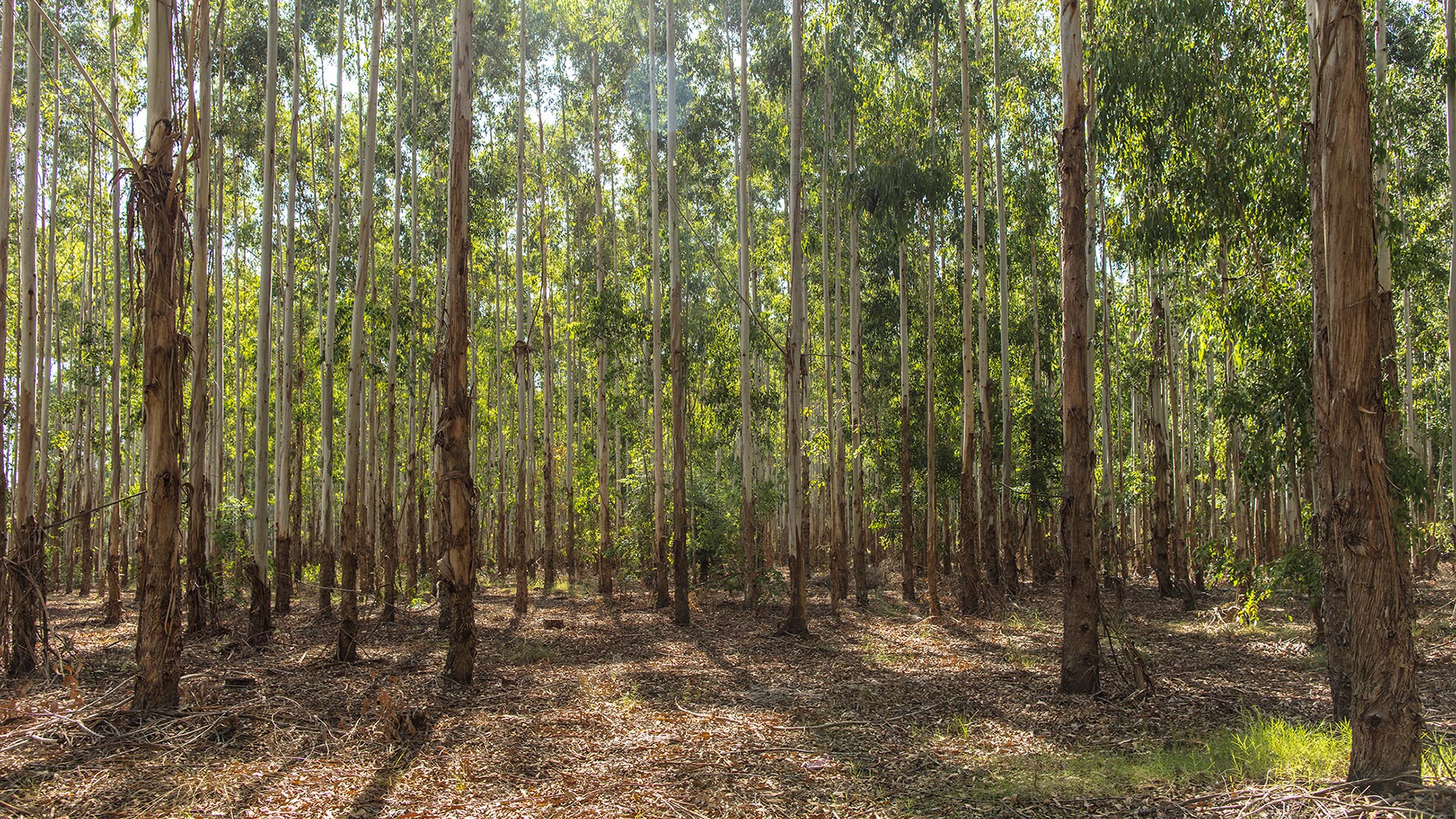 In UPM’s eucalyptus plantations in Uruguay, the soil is carefully prepared for afforestation and reforestation.
Photo: UPM

The retention of organic debris is also crucial to forest soil’s carbon ‘storage’. According to Columbia University, the Earth's soils contain about 2,500 gigatons of carbon, which is four times more than the carbon stored in living plants and animals. Given forests account for a third of the Earth’s terrestrial surface, any changes to forest soil’s carbon pool will have a major impact on our climate.

“More than half of a forest’s carbon may be in its soil,” says Christopher Swanston, Acting Director of the Office of Sustainability and Climate at the United States Forest Service. However, “there is a tremendous variety in soils and they tend to store carbon differently. The same things that drive soil formation help control carbon storage – such as climate, landscape position, ecosystem inputs and soil biology, texture and underlying geology, and time. Cold northern forests (boreal) grow slowly, but the cold climate allows carbon to accumulate in the forest floor, forested peat bogs or even frozen soil (permafrost). Warm, wet tropical forests store most of their carbon in vegetation and the soil carbon is more susceptible to decay.” 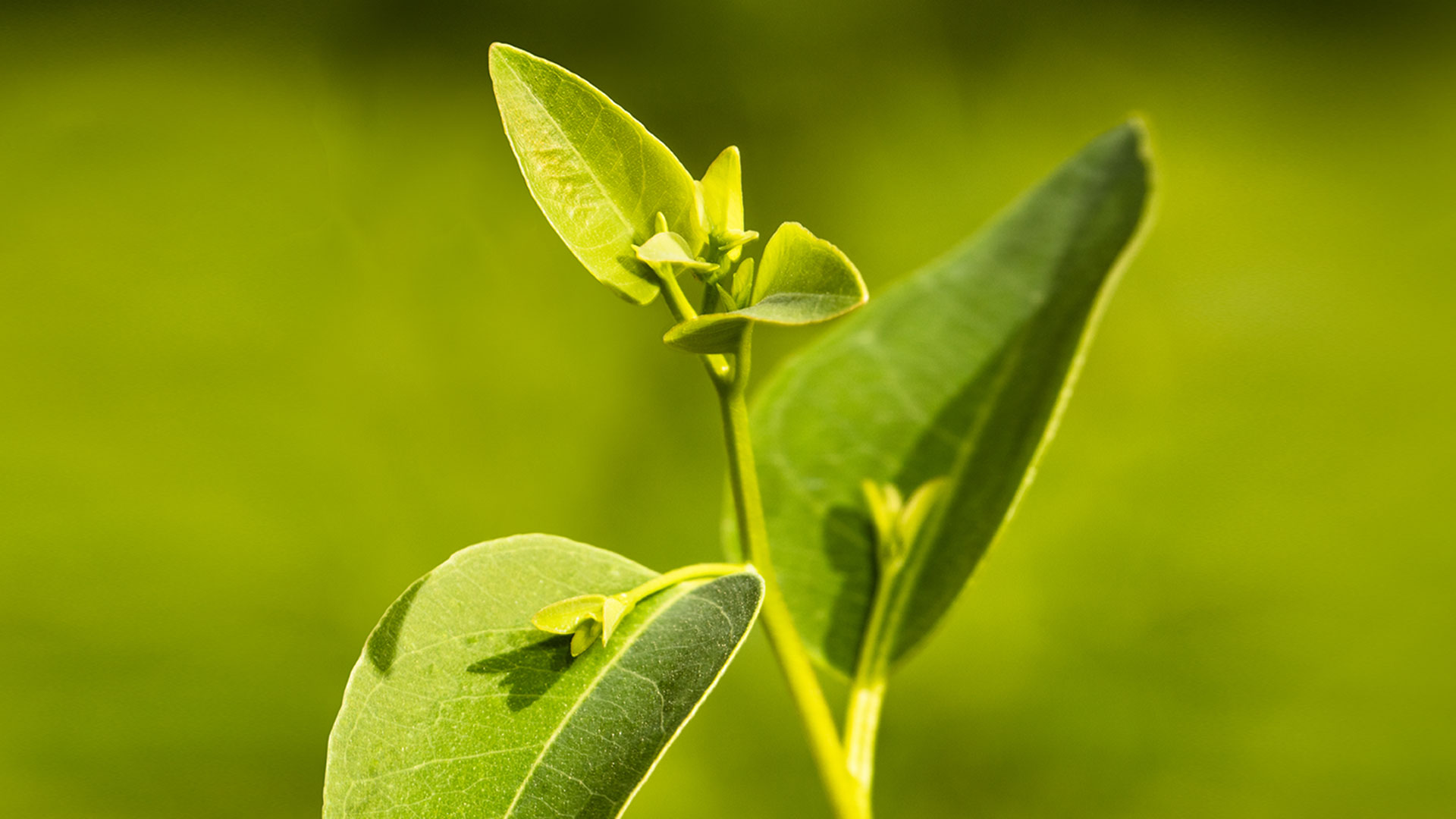 Different climate conditions and ecosystems affect how carbon is stored in the soil.
Photo: UPM

Forest managers, therefore, need to consider their local environment and engage in region-specific best practises to promote soil’s net carbon intake. “Soil carbon is the small residual from inputs (forest litter, detritus) and outputs (mainly decomposition, but also erosion), so anything that forest management can do to mitigate the 'outputs' part of this equation would likely increase soil carbon,” says Dr Evan Kane, Associate Professor at Michigan Tech’s College of Forest Resources. This will become even more important as foresters adapt to climate change, with Kane suggesting adaptation strategies, such as “assisted migration of drought-tolerant overstory species and harvest practises which leave more residual materials, such as stem-only harvest instead of whole-tree harvest” to counter the changes.

For Swanston, the “first rule of forest managers when considering forest soil carbon is ‘do no harm.’ In terms of recovering or potentially increasing soil carbon, rapid and climate-informed reforestation is our best tool. The sooner we can get healthy trees in the ground, the more carbon we’ll accumulate both below and above ground through time.”

In Uruguay, UPM’s plantation techniques and diligent management have led to a gradual improvement in the soil’s carbon stocks. “Since starting our soil monitoring programme in 2010, we have seen a slow increase in the soil’s carbon level, which is due to the plantation cycle, the plantations dropping leaves on the site and all the bark, branches and leaves left on the site after harvest,” says Methol. However, as the soil is taking in “incrementing organic matter, carbon storage is gradual and doesn’t happen overnight.”

In the global battle to reduce carbon emissions, soil is, therefore, an underrated superstar – both for creating healthy vigorous forests that absorb atmospheric carbon, but also as a carbon storage centre in its own right.