Innovation as a fuel for transformation – the UPM BioVerno story

Five years ago, in November 2012, the foundation stone of the world's first biorefinery producing wood-based renewable diesel was set in place at the UPM Kaukas mill site beside Lake Saimaa in Lappeenranta, Finland. When ready, it would be a unique Finnish commercial scale biorefinery producing 120 million litres of low-emission renewable diesel from tall oil, a wood-based residue of UPM's own pulping process. UPM the Biofore company was executing its renewal strategy by investing EUR179 million to enter the advanced biofuels industry. The foundation stone was laid with a ceremony where the whole biofuels team, together with UPM management and guests, were all involved. Greetings from the Finnish Government were presented by Esa Härmälä, Director General, Energy Department in the Ministry of Employment and the Economy.

The story of UPM BioVerno renewable diesel began in 2006 when our company's top management was mapping out new opportunities for the forest industry. It was quickly seen that biofuels represented an interesting potential area for growth. When the now patented refining concept converting tall oil into renewable diesel was finally found after several years of R&D work at the UPM Lappeenranta Research Centre, it produced excellent test results from the very first test runs. The process was finetuned and in 2012 an investment decision was made to build a commercial-scale biorefinery in Lappeenranta. Building started in the summer of the same year and in late 2014 the refinery was taken into use. 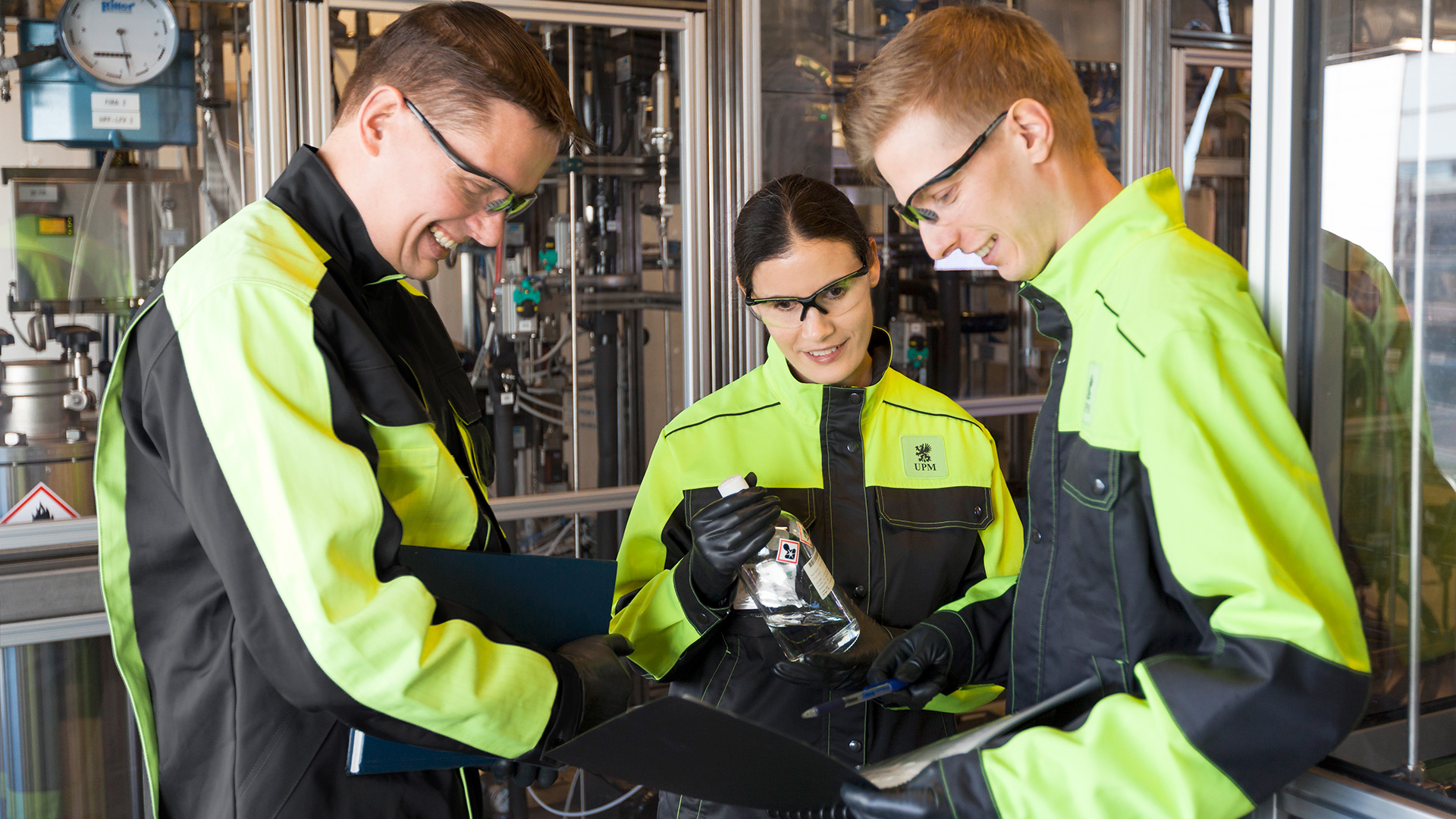 One of the greatest features of the project was that it combined the know-how of many UPMers. Thousands of hours of design and testing were required, combining knowledge from chemistry, process technology, oil refining and wood processing. To complete the construction, 200 different supply agreements were made, most of them with Finnish workers and suppliers. By utilising our own development work, a sustainable wood-based raw material is converted into high quality transport fuel that truly decreases emissions and is suitable for all diesel engines. When commercial production finally started in January 2015, the whole biofuels team were lost for words! It was so rewarding to see the long development process finally transform into a diesel product that met specifications. 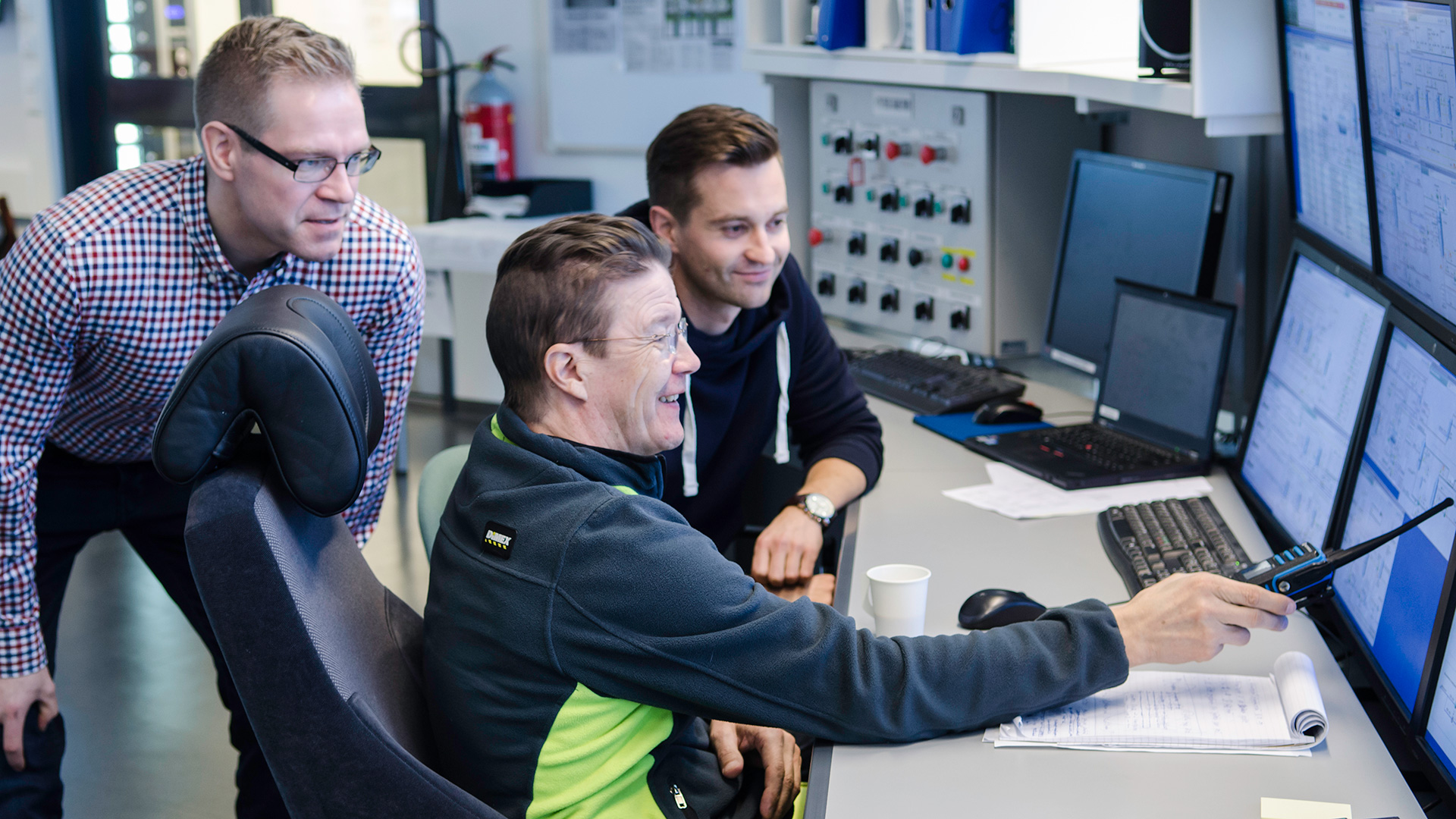 In March 2015, the opening of the UPM Lappeenranta Biorefinery was celebrated. The event was graced by the presence of the President of Finland Sauli Niinistö and First Lady Jenni Haukio, and the King of Sweden Carl XVI Gustaf and Queen Silvia. Finnish industrial history was made on the shore of Lake Saimaa once again. Approximately 140 years ago wooden spools were manufactured at the Kaukas mills. The leftover wood material from spool production was used to make pulp. Already even then the guiding thread was resource efficiency – maximising the use of raw materials. Today the residues of pulp production are used to produce renewable diesel, suitable for all diesel engines – cars, buses, trucks and marine vessels - without modification. We have come full circle from the beginning of spool production at Kaukas because the old spool factory conceals the control room, laboratory and offices of the new biorefinery. Right next to it lies the actual biorefinery site with its tanks and the process area. 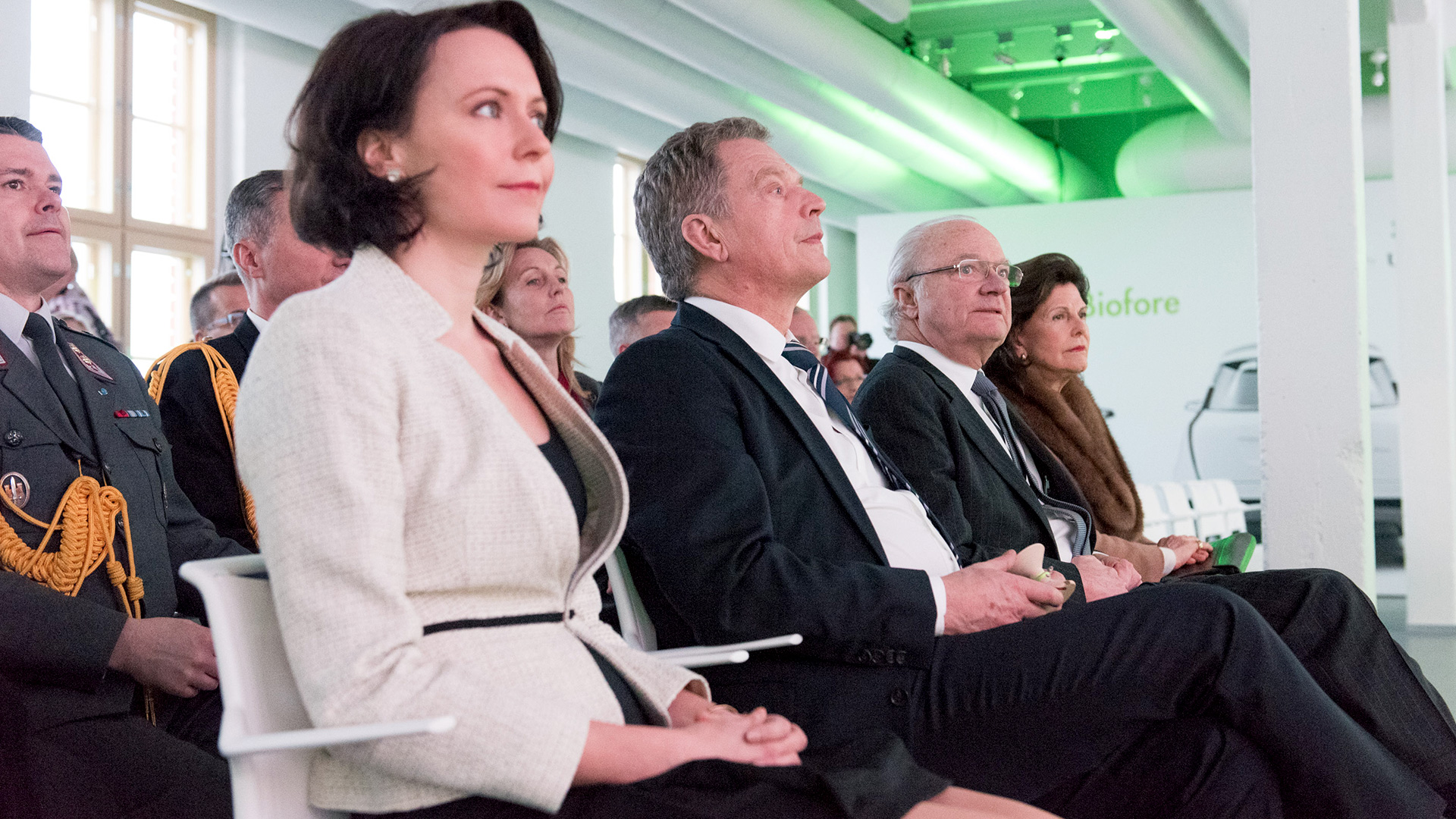 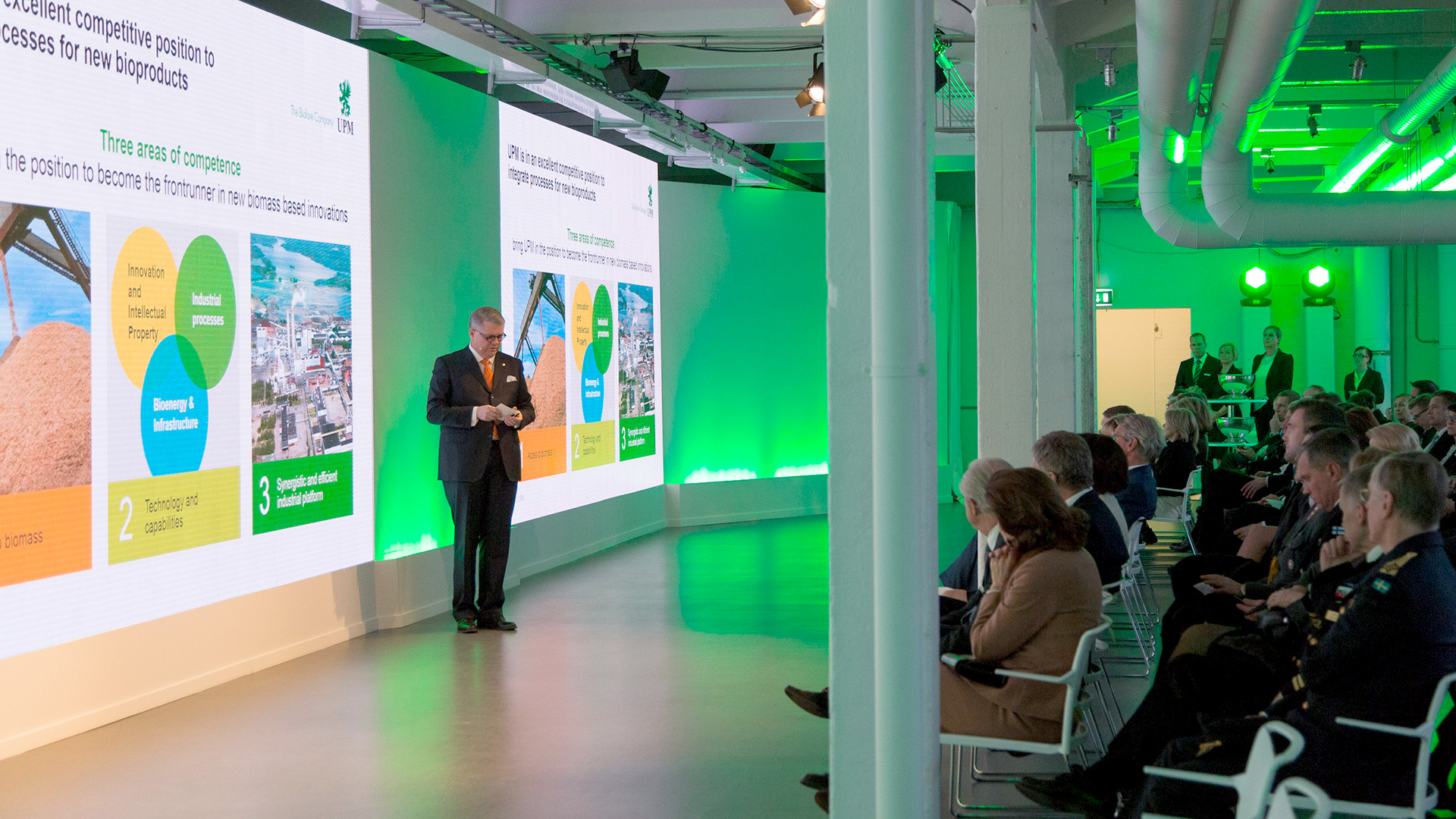 The road for UPM BioVerno has been unique. UPM has invested not only EUR 179 million to finance it, but also in the project's labour, operations organisation, and the whole biofuels team. It has been extremely rewarding to be a part of this development. There have also been tough moments which have been overcome, and challenges solved with the team's enthusiasm and determination. Today UPM BioVerno is known as one of the most sustainable biofuels and is a preferred choice among our customers. The unique wood-based diesel has also won several international innovation awards.

The greatest driving force during this journey has been that we are doing something authentically new. I feel privileged to lead such a passionate team of biofuellers and be a part of making a more sustainable tomorrow. UPM Biofuels wants to be the frontrunner in its field – advanced sustainable biofuels. And with UPM BioVerno our mission continues to be driving cleaner traffic. 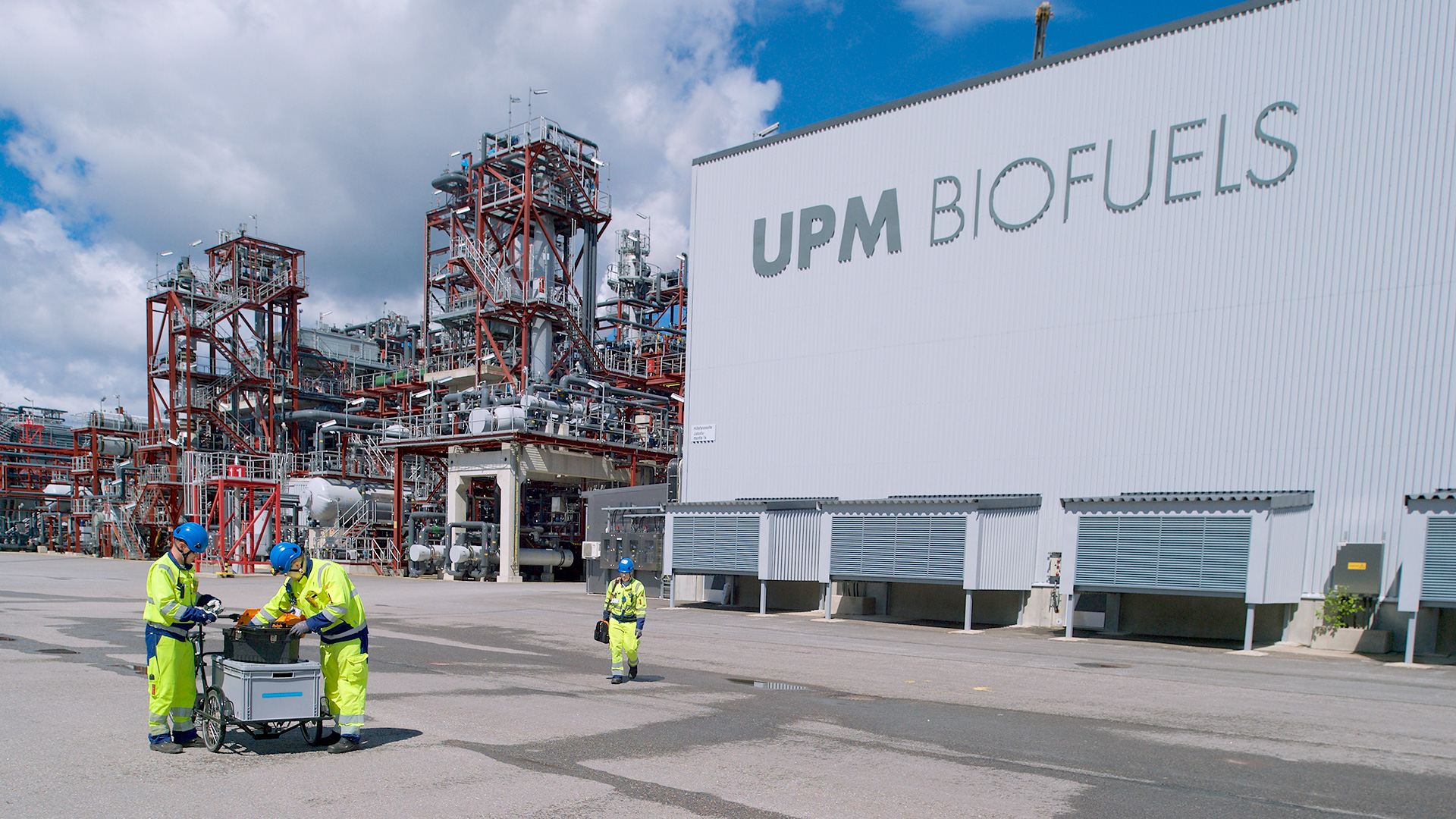